Aggiunto 9 anni fa
On Monday morning I’m going to drive to the airport, check in for my flight to New York, then head to the airport bookstore for a stack of magazines to read on the plane. I’ll do this reluctantly because I will carry both an Amazon Kindle and an Apple iPad packed full of reading material in my bag. (bits.blogs.nytimes.com) Altro...

Yazoo 9 anni fa 4
You could replace the FAA answer to most requests for change with the same answer ....."That's not how we did it on the DC3!!!"
Rispondi ↓•Permalink•Report

pdixonj 9 anni fa 0
because neither are considerable disruptions or distractions during takeoff and landing...and neither pose a risk of becoming deathly projectiles in the event of a crash.
Rispondi ↓•Permalink•Superiore•Report 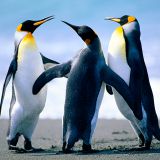 mbutt 9 anni fa 4
So, there are two major arguments against using e-readers during take off and landings:

1- an iPad in cockpit (next to the all important sensitive avionics) is safe but it is not safe because it can potentially mess up the same equipment from a distance of 20 feet when used in passeger cabin.

2- a passenger will not pay attention to crew instructions when using an e-reader but it is OK if the same person remain busy with a paper magazine/book during the same period.

Go figure it out!
Rispondi ↓•Permalink•Report

WALLACE24 9 anni fa 2
Your points are certainly valid. Some of the points on the other side of the coin may be valid also. As long as it is the policy (right or wrong) it sure would be nice if people would just comply so the damn airplane can take off and be the time saver it is supposed to be. Also, compliance might keep them from visiting jail.
Rispondi ↓•Permalink•Superiore•Report

I do wish people would just comply as well. Remember when we didn't have smart phones, laptops, iPads and Kindles? Somehow we managed to live fulfilling lives.
Rispondi ↓•Permalink•Superiore•Report 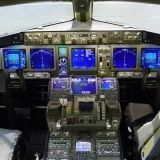 alistairm 9 anni fa 1
I must say that i like my phone and computer, but i certainly don't need them on before take off. In fact, i remember not long ago when i had neither and it did not bother me since i did not know the difference. All these gadgets have just made us antisocial - as in not direclty interacting with a live human, even more narcissistic and wanting everything on demand. sigh!
Rispondi ↓•Permalink•Superiore•Report

Fred White 9 anni fa 3
Understand folks, this isn't about navigation interference or really even about deadly projectiles. It's about #1 paying attention to your surroundings at critical phases of flight, #2 the removal of distractions while the FAs give their instructions and #3 the fact that most passengers don't want some jackass 6" away constantly squawking in their ear while talking on their cellphone like Jack Bauer.

The general public doesn't comprehend "gray areas" and the FAs don't have time to police whether someone's quiet ipad is okay and another's noisy gameboy or phone is not. So they all get turned off.

This is common sense stuff. If it really pains someone to turn off their crap for 10-15mins than maybe that person has more important psychological issues they should address.
Rispondi ↓•Permalink•Report

Fred White 9 anni fa 1
Remember, this is America. Some jagoff could easily file a lawsuit after a crash stating that he wasn't properly instructed on the egress process because he was using his ipad during the demonstration and he was not instructed to turn it off. And win.
Rispondi ↓•Permalink•Superiore•Report 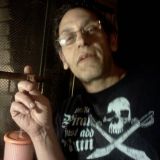 Joseph Girone 9 anni fa 3
In my humble opinion, what is the big deal about turning off your electronic devices? Here's an idea, turn off your gadgets and take a look out the window. It a really awessome view. Especially during take-off and landing.
Rispondi ↓•Permalink•Report

sr22pilot1 9 anni fa 4
Personally...I like the excuse to turn my damn phone off
Rispondi ↓•Permalink•Report

Kenneth Schmidt 9 anni fa 4
Having been into electronics since my first Shortwave radio at age 10 (I built it), I can understand the rule perhaps 20 years ago. Some products were absolutely noisy no matter what you did. And those spurious signals showed up in different places within the spectrum, again depending on the product.

The desktop computer I have now, while it still gives me fits on 127.300 (monitor), compared to others I have owned, emits far less noise. Radios and other nav equipment have changed with the times as well. Where I used to live, a commercial radio was plagued on one channel (160mhz), from a device unknown in one of the two houses, anyplace else, it was fine. When I moved into town, .720khz was useless, even on a longwire antenna because of the cable system (they refused to believe me until dragged a tech to the house, and used his truck radio). I hear the data stream from my cell phone on desktop sound system when it is plugged in for charging.

The bottom line to all that is, there is still no uniformity to the situation. You pilots know better than I, that the radios used in the progress of take offs and landings, are quite sensitive on low frequencies, subject to a lot of noise (you guys know how it works better than I). Until devices can be assured of no noise, I would err on the side of safety.
Rispondi ↓•Permalink•Report 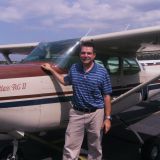 Lvanworkum 9 anni fa 2
I flew for the regionals, first in a J41 then the EMB-145 and more often than not we wouldn't even bother turning off the cell phones, inadvertently or some people were just too lazy. The concern was that it might interfere with the airplane's navigation system, never saw anything just the occasional cell phone "noise" you refer to on your PC speakers. So many times the cell phone for one of us up front would be ringing on takeoff or landing, or a text message. Just had to ignore it till the gate : )
Rispondi ↓•Permalink•Superiore•Report

Falconus 9 anni fa 2
I don't really understand why this is such a big deal. Not using my portable electronic devices for 20 minutes during my day is really not what I would call an inconvenience.
Rispondi ↓•Permalink•Report

ted rohling 9 anni fa 2
i hope your kindle doesnt smash the back of my head while the plane disintegrages during the crash. It would be too painful to think about. Ouch!!
Rispondi ↓•Permalink•Report

blake1023 9 anni fa 3
It’s funny, passengers complain about long delays, layovers, the hurry up and wait environment. But yet, only time they want to read their Ipad or Kindle is during takeoff and landing. Do passengers realize it’s for their safety to put their Ipads and Kindles down during takeoff and landing? If something were to happen on takeoff or landing, the last thing the flight crew needs is 200 passengers playing "words with friends", when they should be listening to crew member instructions.
Rispondi ↓•Permalink•Report

mbutt 9 anni fa 1
And the third argument is the case of a deadly projectile. Someone has already addressed to this:

So, when an e-reader is turned off it is safe but it becomes a deadly projectile if remains on during takeoff/landing?
Rispondi ↓•Permalink•Report

David Brooks 9 anni fa 1
This persons problems are funny in away. The FAA is currently reviewing electronic devies able to operate on board.

l1011 9 anni fa 1
I think from a cell phone standpoint it is a good rule just so you do not have to listen to 150 people yapping on their damn phones during the portions of flight when a cell signal can be received, but it will not cause interference to the avionics. In six years as a pilot for an east coast airline I have never experienced abnormalities related to electronic devices, and no, crews generally do not turn off cell phones for each flight. I will usually put my phone in airplane mode just to keep from killing the battery, as does most of the other crew members that I fly with. This is an outdated rule that has long since needed a second look.
Rispondi ↓•Permalink•Report

Greg Wasik 9 anni fa 1
Various Cell phones I've tried don't work at all above 5000 feet and are marginal above 2500. This is due to the cell tower antenna lobes basically being directed at the horizon (not up). I verified this a few times myself, just out of curiosity. They are even more useless at altitude in a commercial aircraft with small windows vs a small plane with a larger windscreen as less signal is getting in/out.
Rispondi ↓•Permalink•Superiore•Report

WALLACE24 9 anni fa 1
Must have went to Evelyn Wood classes to need that much to read during taxii, t/o, and ldg!
Rispondi ↓•Permalink•Report

conmanflyer 9 anni fa 0
ok, they are freakin projectiles! in taxi mode that is not such a problem, but takeoff and landing it is. taxi before takeoff will not be allowed since its a hazard that it will be out during flight.
Rispondi ↓•Permalink•Report

Daniel Baker 9 anni fa 3
If this were the concern, the requirement would be to store the devices, not to turn them off. They're just as much of a projectile when they're turned off. Either way, Kindles weigh considerably less than either a paperback or hardcover books.
Rispondi ↓•Permalink•Superiore•Report 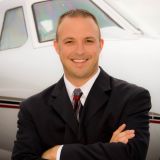 Zachary Colescott 9 anni fa 2
I don't really care to weigh in on the conversation at hand, but I did recently read a completely unrelated article that was talking about how programmed we are to want to examine our electronic devices nowadays. We've become Pavlov's dogs with a "conditioned reflex" to check our phones every time we hear a "ding", whether it be a text message, voice mail, or whatever. The same could be said for most other devices I suppose. We can't stand not knowing what it is. Just food for thought or a big spoon to stir the pot ;)
Rispondi ↓•Permalink•Superiore•Report

Michael Mathews 9 anni fa 1
That's certainly a factor in why people are so bad about turning them off. I'm like the other poster above - I like the excuse to disconnect for a while. I connect to Wifi if it is offered, but I don't usually let anyone but my spouse know that I'm online.
Rispondi ↓•Permalink•Superiore•Report

conmanflyer 9 anni fa 1
yeah, i can see that, but "off" usually = putting away the device. and even though kindles may weight less, they can still cause damage. id prefer staying on the safe side though, besides, its only what? 10-20 minutes to 10000?
Rispondi ↓•Permalink•Superiore•Report

Daniel Baker 9 anni fa 2
The prohibited period starts when the door shots, not at wheels-up, so the time period when you can't read is often closer to 20 minutes.
Rispondi ↓•Permalink•Superiore•Report

alistairm 9 anni fa 0
Turn them OFF or get OFF! Simple as that folks. This has to be at least the 3rd or 4th time that this topic has been discussed, with the same result: everyone is left wondering... who cares!! Fact remains that you STILL have to turn them OFF!
Rispondi ↓•Permalink•Report 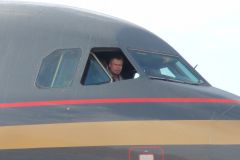 Airline Passengers Could Get a Break on Electronics

The government is taking a tentative step toward making it easier for airlines to allow passengers to use personal electronic devices such as tablets, e-readers and music players during takeoffs and landings.

The Federal Aviation Administration said Monday it is "exploring ways to bring together all of the key stakeholders involved" — including airlines, aircraft manufacturers, consumer electronics makers, and flight attendant unions — to discuss whether there are practical ways to test devices to see if they are safe for passengers to use during critical phases of flight.

FAA to review ban on gadgets in airplanes

The Federal Aviation Administration may be looking to reverse its ban on electronic devices during airplane takeoffs and landings, according to a new report.

Amid growing evidence that portable devices such as smartphones, tablets, and notebook computers pose no real threat to aviation safety, a spokesman from the F.A.A. told the New York Times that the agency is taking a “fresh look” at its policy governing the use of personal electronics on planes.