Aggiunto 5 anni fa
The Boeing 777 is considered one of the safest planes in the sky yet it was the model that tragically crashed in San Francisco’s International Airport July 6 killing two 16 year old Chinese girls. Officials are trying to piece together what led to the Asiana Airlines Flight 214 accident. Investigators from the National Transportation Safety Board are analyzing air-traffic control records, weather, aircraft maintenance and the crew’s actions from data recorders aboard the plane. Here is what you… (heavy.com) Altro... 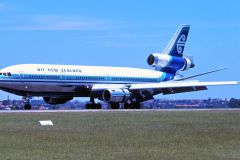 [This poster has been suspended.]

Yes agree and the same with the legionary 747B Jumbo Jet yet a also think the A388 super Jumbo is afe as well very smart aircraft will have to wait and see how long it will hold up for history without a crash. But I feel it will turn up trumps like the Boeing 747B did
Rispondi ↓•Permalink•Report 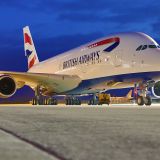 preacher1 5 anni fa 2
They say the NTSB is still trying to determine a cause for the Asiana 214 crash. They have already looked at the seat full of dummies in the pointey end. Lay it at their feet, close the books, and save us all some money.
Rispondi ↓•Permalink•Report

preacher1 5 anni fa 1
Pretty much just what it says. Those dummies couldn't land a piper cub on a visual approach
Rispondi ↓•Permalink•Superiore•Report

ssidibe 5 anni fa 1
Pilot error , Coming in too slow too low ...Then ATC asked to go around but that was too late ..
Rispondi ↓•Permalink•Report

Jeffrey Hutchinson 5 anni fa 1
What about the Lauda Air 777 that fell out the sky when an engine went into full reverse during cruise?
Rispondi ↓•Permalink•Report

Martin Allan 5 anni fa 1
It was a 767. Boeing had insisted that a deployment was not possible in flight. In 1982 Boeing established a test where the aircraft was slowed to 250 knots, and the test pilots then used the thrust reverser. However this was fatal when the reverser unexpectedly deployed at cruise speed.
Lauda asked Boeing to issue a statement, but the legal department said it could not be issued because it would take three months to adjust the wording. Niki Lauda asked for a press conference the following day, and told Boeing that if it was possible to recover, he would be willing to fly on a 767 with two pilots and have the thrust reverser deploy in air. Boeing told Lauda that it was not possible, so he asked Boeing to issue a statement saying that it would not be survivable, and Boeing issued the statement. Lauda said "This was the first time in eight months that it had been made clear that the manufacturer was at fault and not the operator of the aeroplane.
There are often slight flaws with planes discovered in use - called having hindsight. We all try to resolve these problems ASAP as it makes commercial good sense. Can't understand why folks from USA cannot accept that all manufacturers, including the American giant corporations, cannot accept that we are all pushing the boundaries to ensure better planes with better performance economy and safety. So the apparent knocking by some of Airbus irks me somewhat. -- I'm from UK and we had the Comet failures to resolve - it made Boeing redesign the windows on the 707, could have been Boeing not de Havilland!
Rispondi ↓•Permalink•Superiore•Report

preacher1 5 anni fa 1
If I read the report right, it should also be noted that there was no pilot action when they did deploy at cruise, which was a contributing factor
Rispondi ↓•Permalink•Superiore•Report

Martin Allan 5 anni fa 1
Agreed, they apparently did nothing, -

BUT, Boeing admitted there was nothing that could have been done, and that their so called "Test" sanctioned by FAA was just a simulated event that indicated the deployment of thrust reverser could perhaps be survived at low speed.


Also in the later analysis with Lauda it apparently was agreed that it would have happened so unexpectedly that by the time they realised what had really happened (If they could have realised it in the time available), they could have most likely been so disorientated or injured that they did nothing.

The accident report actually states that the "flightcrew training simulators yielded erroneous results" and; that recovery from the loss of lift from the reverser deployment "was uncontrollable for an unexpecting flight crew".

It was finally agreed that the lift on the aircraft's left side was disrupted due to the reversers unexpected deployment, that the aircraft was placed in an immediate left diving turn. The aircraft went into a diving speed of .99 mach, which may have broken the sound barrier. The aircraft broke up in mid-air on the way down at 4,000 feet.

The aviation writer Macarthur Job has noted that, "had that Boeing 767 been of an earlier version of the type, fitted with engines that were mechanically rather than electronically controlled, then that accident could not have happened"
Rispondi ↓•Permalink•Superiore•Report

preacher1 5 anni fa 1
Yeah, that test was at 250KIAS so basically at approach speed, not anywhere near cruise. I can imagine that happening at FL350 would have been a rude awakening.
Rispondi ↓•Permalink•Superiore•Report

ssidibe 5 anni fa 1
Test maneuvers are not applicable here, WHY : Because testing an aircraft is a branch of aeronautical engineering that develops and gathers data during flight of an aircraft, or atmospheric testing of launch vehicles and reusable spacecraft, and then analyzes the data to evaluate the aerodynamic flight characteristics of the vehicle in order to validate the design, including safety aspects.
IF that statement was truth , then all B777 or 767 is in danger .
Bottom line : incident just don't happen there are critical chains of event
Rispondi ↓•Permalink•Superiore•Report

SUM1 5 anni fa 0
Let me just make this clear, NONE of 777's fatal crashes were caused by the plane. The plane is STILL the safest plane in the sky. It's the idiots who fly it who are ruining its reputation.

When I flew on it in 2012 it had zero deaths, and now suddenly it has over 400. Ridiculous.
Rispondi ↓•Permalink•Report

preacher1 5 anni fa 1
Where did the 400 in the last 2 years come from or are you counting the 2 Malaysian flights?
Rispondi ↓•Permalink•Superiore•Report

SUM1 5 anni fa 1
Yes of course. In fact it totals 540 if you count that Asiana flight.
Rispondi ↓•Permalink•Superiore•Report

preacher1 5 anni fa 1
I have already expressed my opinion about the idiots flying that one.
Rispondi ↓•Permalink•Superiore•Report