Aggiunto 5 anni fa
(CNN) The black boxes of EgyptAir Flight 804 -- badly damaged when they were found by searchers -- are being repaired and authorities hope they can help solve the mystery of what caused the plane to crash into the Mediterranean Sea last month. The French aircraft investigation bureau was able to fix the electronic board of the data recorder, Egypt's Civil Aviation Ministry announced on Monday. Final repairs on the cockpit voice recorder are expected to wrap up as early as Tuesday, the… (www.cnn.com) Altro...

Torsten Hoff 5 anni fa 3
With virtually all other systems on an airliner having redundancy built-in, why aren't there two or more voice and data recorders installed in different parts of the aircraft? This would improve the chances of at least one of them surviving, and also increase the likelihood of finding one.
Rispondi ↓•Permalink•Report 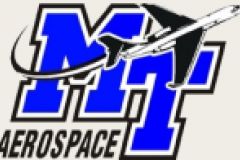 Timothy McDonnell 5 anni fa 4
and then you have another thing that can break too ;)
I think there are better options such as a system to stream more of this data via satcom to a remote location.
Rispondi ↓•Permalink•Superiore•Report

Torsten Hoff 5 anni fa 7
Transmitting the data in realtime should be in *addition* to the FDR/CVR onboard the aircraft. There will always be circumstances where a satellite link doesn't work reliably.
Rispondi ↓•Permalink•Superiore•Report

kc0rzw 5 anni fa 4
Because they are expensive, and not necessary to make a plane fly.
Rispondi ↓•Permalink•Superiore•Report

Ed Watson 5 anni fa 1
Virtually all aircraft today use VHF or UHF radios that are line of sight by nature. Take the 'data' and transpond it to a low frequency packet (like VLF or HP) and transmit that packet it in real time like LORAN. These signale don't require a satellite link as they are BLOS. The cost of transponding the signal and transmitting it will be FAR cheaper than searching the ocean by ships and planes. One 'packet' every few (5 or 10 seconds) would provide a very small search area and the data would be at the ground station already..
Rispondi ↓•Permalink•Report

James Carlson 5 anni fa 1
If it were just GNSS (GPS) position data, then it sounds like you're talking about what many aircraft already broadcast -- ADS-B. That system (at least) is already in place, and it's an order of magnitude faster than you describe. It broadcasts updates every 500ms.

The full FDR data is another story. Taking an Airbus A380 as an example (a fairly modern aircraft for which I was able to get accurate information), the FDR records 1.5KiB per second. Looking at FlightRadar24, I see about 14,000 aircraft in the air around the world at one time, so we're talking about something in the range of 20MiB per second to record everything. Add in some overhead for error correction and channel contention resolution, and you're looking at a pretty high data rate in some areas, even if it's broken up by geographic area. And you'd need to deploy some set of stations worldwide to receive this stuff and (before that) come up with some international standards to govern it all. It's a non-trivial effort, though I agree it'd likely be worthwhile.

As for cost, it's really hard to estimate that one. You'd have (likely) hundreds of thousands of dollars per aircraft for the new communications gear (certified stuff for transport aircraft ain't cheap), plus a receiving network and staff to maintain and run it. I don't know how that balances off against one or two intensive searches per decade.

The problem with the existing FDR/CVR systems is that they're usually good enough, and we end up discussing the very rare cases when they're not.
Rispondi ↓•Permalink•Superiore•Report

Ed Watson 5 anni fa 1
James, thanks for your comments they are all valid. Can the ADS-B be broadcast on LF? That would pin-point the planes position. If ATC would request and confirm that the ADS-B/LF is being broadcast as the aircraft enters Ocean Control and off after reaching LOS for example that would cut down the quantity of squawks to be noted.
Could 'ham operators' be mobilized as listening posts? I know several that are as adicted to their radio's as I am to planes!
Ed
Rispondi ↓•Permalink•Superiore•Report

James Carlson 5 anni fa 1
Not by the ICAO standards, it can't. It's broadcast on 1090MHz per the standards.

But that's actually a good thing. There are satellites monitoring ADS-B:

Yes, it's just a matter of engineering if you wanted to take the ADS-B data stream and broadcast it on some other transport mechanism, but to do that you would need: (1) a defined standard for coding and modulating the data, (2) international agreements on the spectrum reserved, (3) equipment installed in all of the aircraft, (4) someone actually listening to those new frequencies, and (5) probably other things I haven't thought of yet.

Don't get me wrong. I like the HF band and below. My father was an Amateur Extra Class, and I was once quite good at sending and receiving code. It's dandy for getting information in and out of remote areas. I'm just not as sure that the deployment issues for this sort of world-wide service are as simple or clear as you seem to be saying.
Rispondi ↓•Permalink•Superiore•Report

Jesse Carroll 5 anni fa 1
Good question Holf!
The Navy ejects Sonar boys to track subs, why can't we develop an ejectable CVR & FDR ? It would also be nice to have them somehow release on auto if it detects any aircraft problem/malfuntcion. Then just track them down and scoop them up!
If we can go to Mars, well, it should be a given!
Rispondi ↓•Permalink•Report

Mark Zagar 5 anni fa 1
What kind of impact are talking about that can cause a memory chip inside a steel box to mangle?
Rispondi ↓•Permalink•Report

Cliff Johnson 5 anni fa 0
It is surprising to me to read that both recorders were damaged to the point that they needed repair to be downloaded. We know that Egyptair has been reluctant to accept blame for several previous accidents. Is it possible they are trying to cover something up again?
Rispondi ↓•Permalink•Report

James Carlson 5 anni fa 1
That seems somewhat implausible. If that's what they wanted to do, then why have the search done by an outside party, then send the boxes to France for decoding? Why not just destroy and/or hide them? If it's a cover-up, as you suggest, it's the least competent one I've seen. :-/
Rispondi ↓•Permalink•Superiore•Report